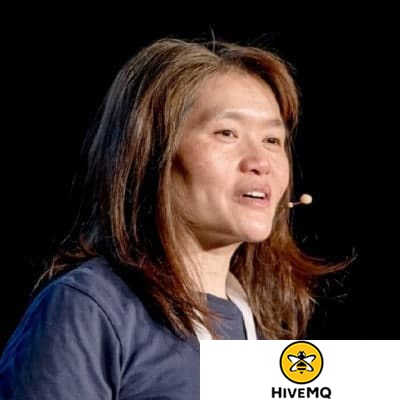 Talk: Benefits of MQTT for IoT Apps and Beyond

Mary is a passionate Developer Advocate leader who recently joined HiveMQ, the leading provider of MQTT IoT & IIoT messaging and cloud-enabled software. She spent 3.5 years as a very effective advocate at IBM, focusing on Java, Open Liberty, Microprofile, Jakarta EE, OpenJ9, Open Source, Cloud, and Distributed Systems. She transitioned from Unix/C to Java around 2000 and has never looked back since then. She considers herself a polyglot and loves to continue learning new and better ways to solve real-life problems. She is an active tech community builder outside of her day job, and currently the President of the Chicago Java Users Group (CJUG), as well as a co-organizer for several IBM-sponsored meetup groups in the Greater Chicago area.

Talk: Benefits of MQTT for IoT Apps and Beyond

IoT applications run on IoT devices and can be created to be specific to almost every industry and vertical, from small devices to large ones, including healthcare, industrial automation, smart homes and buildings, automotive, and wearable technology. The possibilities are limitless. Increasingly, IoT applications are using AI and machine learning to add intelligence to devices. Among all of the variables in the IoT ecosystem, one common theme is the need to be able to handle the constrained operating environment, such as unreliable network connectivity, limited bandwidth, low battery power, and so on. We will take a look into the MQTT protocol, how it has evolved from its early days which was intended for the connection of oil pipelines via satellite, to now the ever-increasing demand in IoT and M2M applications, to how this protocol will evolve to meet the modern needs especially in the current cloud computing era. We will study a few outstanding MQTT libraries that are available in the market, such as the Java-based HiveMQ, and open source libraries such as Eclipse Mosquitto and Apache licensed VerneMQ.